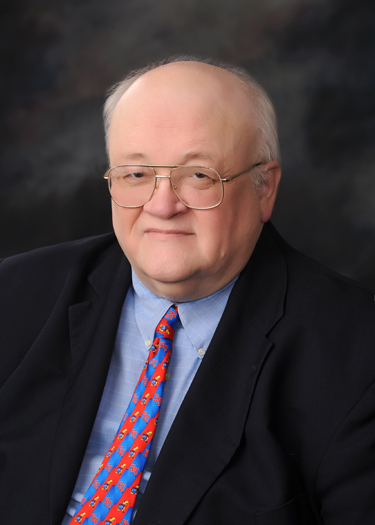 Larry Tenopir practices primarily in the areas of probate, real estate,  and landlord law. His clients include the Shawnee County Landlords Association,  Topeka Housing Authority, numerous property management firms and apartment complexes and individual landlords.  Larry has drafted several thousand wills or other estate documents and has represented hundreds of executors and administrators, including individuals, banks, even other lawyers. Larry has served as executor of a number of client estates.

Born in Marysville, Kansas and graduated from Marysville High, Larry went on to earn a B.S.E.  in Language Arts  Education with a minor in French from the University of Kansas.

Larry taught high school and junior high while earning his M.S.E. from the KU in secondary Curriculum and Instruction, also achieving state certification as a Developmental and Remedial Reading Specialist. Larry returned to KU and received his law degree, while also serving as assistant to the Chairman of the Kansas  Democratic Party.  He managed the statewide Democratic voter registration and turnout effort while also studying for the bar exam.

Gov. John Carlin appointed Larry legal counsel for the Kansas State Fire Marshal.  Two years later, Larry and Joe started their practice together.  In addition to the practice of law, Larry used his teaching experience, teaching undergraduate basic and advanced Business Law for K-State and Allen County JUCO where he taught business law and English composition. Between 1991 and 1992, he also served as a part-time administrative judge for the KS Securities Commissioner and as a special administrative judge for the KS Division of Worker’s Compensation.

In 1992, Gov. Finney appointed Larry to the State Board of Tax Appeals  Larry taught continuing legal education for the Commercial Property Association and the Kansas Petroleum Appraisers’ Institute. He also was a guest lecturer in Administrative Law at President’s College School of Law in Wichita.

Larry served as a special administrative law judge with the Kansas Insurance Department,

Larry  was Shawnee County Democratic Chairman for 4 years and served  two four-year terms as Democratic National Committeeman for the State of Kansas, Larry was the in-state delegate representative and convention whip for both Bill Clinton campaigns and the Gore campaign and served as the in-state coordinator for the White House during the Clinton Presidential visit to Topeka. His legal skills were used as General Counsel to the state party and as a drafter of major state party bylaws revisions, state delegate selection rules and a state party platform.

Larry received a number of awards from Democratic organizations.,

Larry’s other community involvement has included serving as President of Historic Topeka, Inc.,  a member of the Board of Trustees of the Shawnee County Historical Society and  a co-founder of the Topeka Area Heritage Alliance. He served on the board of the Historic Jayhawk Theatre, and as a member of  the Topeka Jayhawk Club since its inception, including 3 terms as President. He’s a life member of the KU Alumni Association , a member of the President’s Club and served as the first President of the KU Alumni Association Shawnee County Chapter.  Larry was the 2003 recipient of the Alumni Association Clodfelter volunteerism award, and the 2009 Wintermote chapter leader award. Larry is a member of the advisory board for the KU School of Fine Arts and served as president 2007-08. He served on the search committee for a new Dean of the School of Fine Arts and later on the Provost’s Task Force for Reorganization of Fine Arts at KU. He is active in the KU Friends of the Theatre, was elected to the Board in 2007 and became President in 2009. He’s a member of the Williams Education Fund and the KU Endowment Association’s Elizabeth Watkins Society.

Larry maintains a public speaking schedule addressing legal topics and his other interests.

In 2004 Larry was chosen “Best Lawyer” in Topeka and NE Kansas by readers of the Topeka Capital-Journal and, in 2015, was named “Topeka’s Favorite Lawyer” by viewers of WIBW TV.