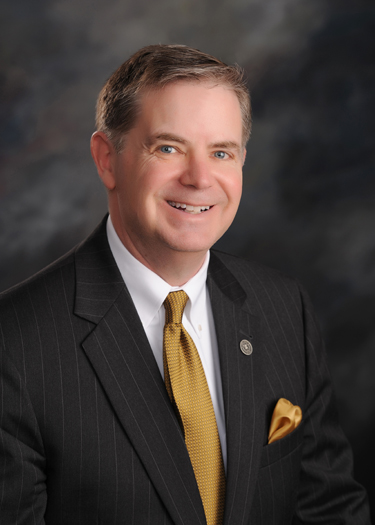 Joe is a trial lawyer. He brings his litigation skills to a variety of matters, including the representation of people injured in automobile and motorcycle accidents as well as other types of injury cases. Joe has also spent a great deal of his practice assisting people in divorce, custody and other areas of family law. For over 7 years, Joe served on the Shawnee County guardian ad litem panel, handling Child In Need of Care and juvenile offender cases. He often represents grandparents, foster parents and others who are concerned with the safety and welfare of abused or neglected kids. Joe served several terms as chair of the family law section of the Kansas Trial Lawyers Association now the Kansas Association for Justice, and organized their family law continuing education programs, in addition to teaching legal continuing education for other organizations.

Joe handles major felony cases, including numerous homicides, drug cases, and sex offenses, as well as DUI, property and traffic crimes. Joe has taught continuing legal education on the topic of criminal voir dire (jury selection) for both the Kansas Association for Justice and the Kansas Bar Association. Joe also handles guardianship and conservatorship cases, and represents clients in administrative hearings with DCF and other state agencies.

Joe was raised in Wetmore, Kansas and graduated from Wetmore High School as co-valedictorian, in 1978. Joe attended Benedictine College, in Atchison, Kansas, where he graduated in 3 years with a Bachelor of Arts in both Political Science and Communications. While at Benedictine, Joe served as co-editor of the student paper, The Circuit. During that time Joe served on the Executive Board of the Kansas Young Democrats. Eventually, Joe served 2 terms as President of the YD’s. Joe also served one term as a member of the Democratic State Committee. While attending Washburn Law School, Joe also served as a Special Assistant to Democratic State Chairman, Bob Tilton. He then served as a law clerk for the Hawver & Irigonegaray law firm in Topeka. Joe completed his degree at Washburn Law in 2 years at the age of 23. Joe was admitted to the Kansas Bar and began the practice of law as a founding member of The Law Firm or Tenopir, Huerter & Heckler, which later became The Law Firm of Tenopir & Huerter.

In addition to the practice of law, Joe served 2 terms on the Topeka City Council and also served on the Topeka-Shawnee County Metropolitan Planning Commission. He chaired the committee that rewrote the zoning code for Topeka and Shawnee County, and has represented clients in zoning matters. Joe formerly served as committee chair for Troop 9 Boy Scouts, and coached soccer for St. Matthew’s Catholic School as well teams affiliated with the Sunflower Soccer Association.

Joe has served on the Board of Governors for the Kansas Association for Justice for several years and has held a variety of offices within that organization. He has also served as Treasurer of the Legacy of Justice Foundation, and is currently serving as Foundation Board Chair for that organization.

Since 2011, Joe has been annually recognized with an AV Preeminent Rating from Martindale-Hubbell indicating that his peers have ranked him at the highest level of professional excellence for both ethical standards and legal ability.